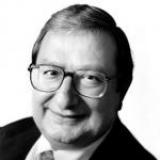 Oshin Shahiean
Solicitor
We recognise that when you need family law advice choosing the right family law solicitor is one of the most important decisions that you will make. That is because family law is personal. You do not just need a solicitor who is an expert in family law but one you trust and can work with.

We are proud to have recently achieved a successful outcome in a Child Arrangements Matter. While it looked frustratingly bleak at first, it turned out very favourably in the end for our client (Father).

In this case, the Father had been stopped by the Mother from seeing his children for over a year. At the start, the court only considered indirect contact by way of letters and cards as the Mother was not agreeable to direct contact or even telephone contact.

As there were no risks of harm or any allegations against the Father, we advised that we would not accept indirect contact based on such poor arguments from the Mother and pushed for direct contact to commence straightaway.  We further argued that the first hearing which was listed in July was adjourned when the Mother simply called the court a day before the hearing to say she had a medical appointment with no proof of evidence. This in turn delayed the Father having any contact even further.

We then wrote to the court to convey our great displeasure (not like they cared) and to put them on notice in case Mother pulls this stunt again. Like a dog with a bone, we also ensured Mother got the message by instructing counsel to ask for that piece of medical evidence we knew she could never produce.

In the end Father obtained direct contact as well as telephone contact with his children and the matter was listed for a second hearing in 1 and a half months’ time. Our client and his new partner informed us that they believe they would have never obtained such a result if not for instructing us – they shopped around before coming to us and felt they were in very caring hands upon meeting us.